Ep 45: How Much is Your Money Bias Costing You?

On this episode, we’ll breakdown a CNBC article that analyzes a recent Morningstar study. The study found that most of us have at least one money bias, some of us more than one, and that those biases are very possibly costing us money in our checking, savings, investing and retirement accounts. Listen to see if you might be impacted by a specific money bias and for strategies to get it back under control.

On today’s episode, we’re breaking down some money biases you might have and how they could be holding you back financially.

Everyone has different attitudes about money. A new behavioral finance study from Morningstar found that 98% of respondents exhibited one or more financial bias that are likely costing them money.

Let’s take a look at the four primary biases.

Present Bias – Instant gratification and a tendency to go for immediate rewards over long-term goals.

Base rate neglect – Judging the probability of something happening based on new information while ignoring original assumptions. We tend to see this in investing with overselling or overbuying on the whims of bad and good news.

Overconfidence – Putting too much weight in your own abilities to make good financial decisions.

Loss aversion – People who are overly fearful of losing money relative to gains.

Do any of these sound familiar? To get a better understanding of each and how they are applied to your money, make sure you listen to the full episode.

Another thing the research revealed is that people who had low levels of present bias were three times as likely to spend less than their income and they were seven times more likely to plan ahead for the future. In another example, high levels of base rate neglect and overconfidence had lower savings and checking balances. Those with loss aversion had lower 401(k) balances.

That should show you how important it is to identify the biases you possess and work to change your habits.

“Did you know that your thoughts around money could potentially be costing you hundreds or even thousands of dollars?” 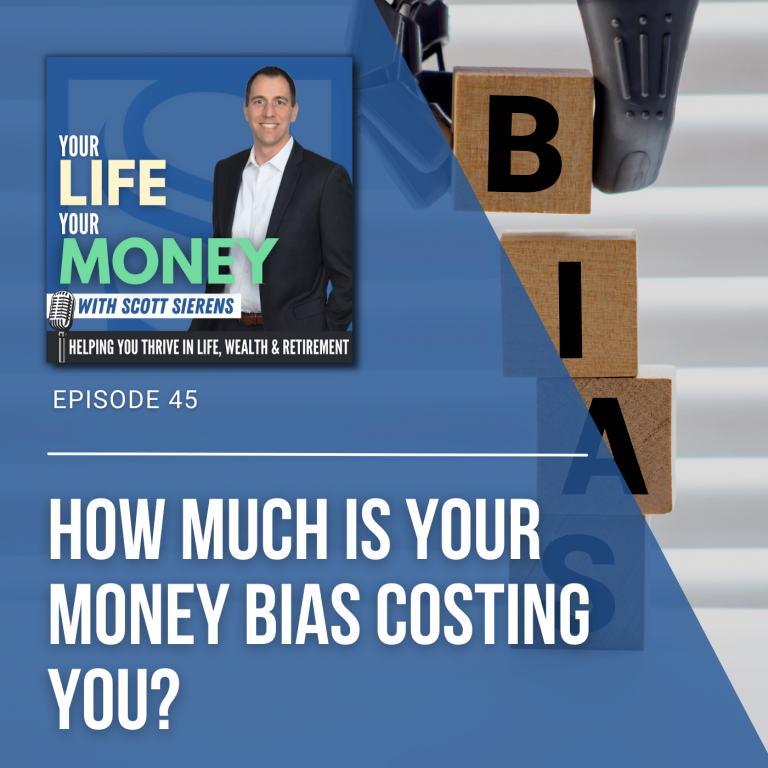